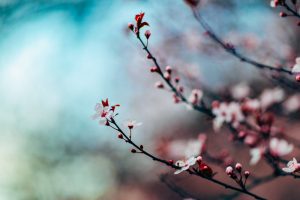 Five years ago in the middle of extreme stress, living in and out of the hospital with our son, our marriage was falling apart.

Granted, the stress of what we were enduring had the potential to derail even the strongest of marital unions between the emotional pain, the medical debt piling up, the complete exhaustion and the months spent apart while we struggled to keep our heads above water in every way.

We were in survival mode… there was only so much energy available to keep breathing while everything beyond that suffered neglect.

One day I was driving somewhere while especially frustrated. I was praying about the breakdown between Jeff and me.

“Lord, WHAT AM I SUPPOSED TO DO? I have no idea what to do to fix this.”

God answered me with an unexpected statement.

“Well see, that’s the problem. You are both very good at DOING. Not so good at BEING.”

His answer surprised me so much I had to pull the car off the side of the road and think.

He was right, of course. After 20 years of marriage we were efficient at doing things. From the beginning we settled on our unwritten rules: I handled the inside of the house, while he handled the maintenance of house and cars. I handled the kids’ school affairs, calendar and nourishment while he handled things like finances, taxes, insurance, and more importantly, keeping the WiFi working. Much can be accomplished through teamwork and division of tasks to make a busy household run smoothly. We even generally enjoyed it and each other.

UNTIL the day a situation arose where all the human effort in the world couldn’t fix a major, excruciatingly painful problem. There wasn’t a single thing we could do to ease our son’s suffering or improve his quality of life. You have no idea how hard we tried.

That’s where we found ourselves during the rough patch in our marriage. Okay, that’s an understatement. This “rough patch” threatened to end us and lasted almost three years.

So we had to learn to BE in the midst of the DOING. This was difficult, as BEING is much harder than DOING. While DOING requires physical selflessness (which we had in abundance), BEING requires transparency, vulnerability, messy conversations, peeling back layers, facing dysfunction, staying when we wanted to run away. DOING involves physical movement and perhaps mental stamina, but BEING involves time, the force of the will, the heart, and the scrutiny of inward motives.

BEING literally requires us to change the way we think. And here’s a tip: if we know how to BE first in relationship with God, then BEING in other relationships happens easily.

When Jesus walked the earth, crowds followed him. A good portion of them followed him to be fed, to see miracles, or were simply curious to see what he would do next…but their hearts weren’t really engaged. A group of them asked him a question one day. (John 6:28)

“We want to perform God’s works too. What should we do?”

They wanted a quick “how to” summary to do what Jesus was doing. Jesus answered them with one straightforward statement.

“This is the only work God wants from you. Believe in the one he has sent.”

They didn’t believe who Jesus was, so they were light years away from being able to do his works.

His answer didn’t make sense to them. They just didn’t get it. Jesus wanted relationship. They just wanted instructions.

Another time, one religious leader actually started to understand, in conversation with Jesus:

The teacher of religious law replied, “You have spoken the truth by saying that there is only one God and no other. And I know it is important to love him with all my heart and all my understanding and all my strength, and to love my neighbor as myself. This is more important than to offer all of the burnt offerings and sacrifices required in the law.” Realizing how much the man understood, Jesus said to him, “You are not far from the Kingdom of God.”  (Mark 12:32)

Unfortunately most people would rather be told what to do instead of plodding through the hard process of who they are through relationship. It’s easier to conform to a set of rules than it is to do the work of spending the time with God that is necessary to grow us.

Everywhere we look, there are articles: “Top Five Steps to __________. (Better Relationships, Getting Out of Debt, Improving Health, Killer Abs, Gaining Confidence, Getting Organized and on and on.) I realize writers are breaking it down to make it easier to understand, but most of the time it’s click bait. Self improvement is never from the outside —> in but from the inside —> out. We are drawn to the headlines because we feel better if we can check off boxes and tie a tidy bow around the idea instead of actually improving our BEING. 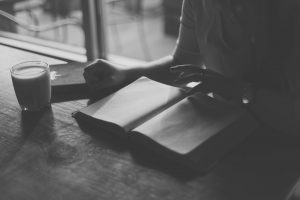 It’s not possible to learn how to BE without changing our THINKING first. Changing the mind and heart are a journey, a process. The result of outward manifestation of improved behavior flows naturally from an improved mind/heart condition.

Performance is never what God wants if that’s all we are offering. It doesn’t work well for human relationships either.

It’s not that the responsibilities don’t exist anymore or the painful situation is gone. I’m not sure the DOING tendencies ever go away… we daily endure the pain of wishing there was something we could do to alleviate Carson’s suffering. But in the not being able to DO, we are continually forced to submit to the BEING.

And in a physical marriage sense, I still do the laundry and Jeff still keeps the WiFi going. But now we engage in the life-long endeavor of how to BE, and the DOING part works itself out.

I want you to show love, not offer sacrifices. I want you to know me more than I want burnt offerings. (Hosea 6:6)

Bryan what an awesome analogy. Loved it and love you. We all need to learn to be in the BEING not DOING.

Thank you Bryn. I needed to be reminded to just BE and not try so hard to fix my situation. Love you. Give Carson my love. ????