Carried by the Wind 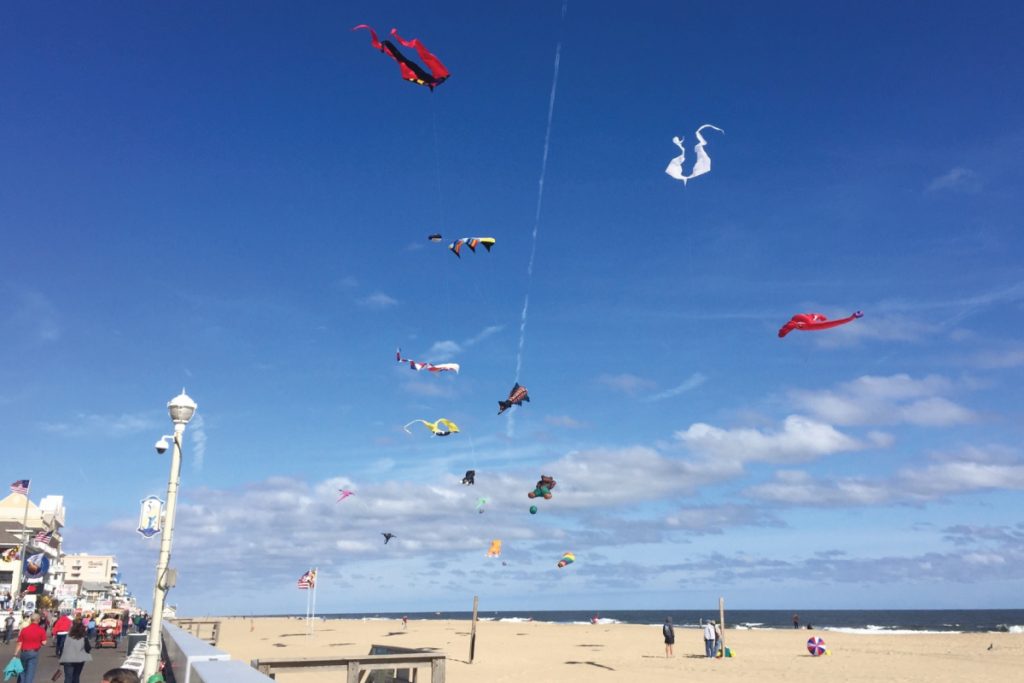 Have you ever been in a place in life where you can’t go back to something you left, and you can’t seem to move forward because you don’t have direction? Like this place where you feel stuck, but also pretty sure you shouldn’t try to move forward with your own ideas and in your own strength because it won’t go well.

In the book of Numbers, the new nation of Israel was learning this exact thing. They had been delivered from slavery in Egypt, and were waiting for God to show them what to do next. They had blown their opportunity to move into the land God had prepared for them because of poor decisions. Instead, they were destined for the next 40 years to exist without a permanent home. Even in this, God wanted to show them that He was with them and that He could be trusted.

Try to really picture that – they never knew by the hour if they were staying or going. Daily they watched the cloud. After years it became a way of life – yes, maybe a difficult one. They couldn’t plan anything in a certain location because if the cloud moved, it disrupted their plans, so they probably made plans like “well yes, we will do this and that as long as the cloud doesn’t move, heh heh.”

Sometimes they probably felt like, “We just got here yesterday, seriously the cloud is moving again?!” Or, “Hey I’ve never liked this camping spot, we’ve been here for a year, I wonder if that cloud is ever going to move.”

But on the flip side, they also had the security of knowing that because the Cloud and the Fire were there, God Himself was with them. It was the outward symbol of His glorious presence.

Wouldn’t it be nice today if we just knew what to do next by watching an ever-present cloud?

Today we have something better than that, better than even having Jesus here in the flesh, according to Him. It’s His Spirit, always here with us to give us direction. He would love for us to live completely submitted to whatever He might have for us, any day, any time. Of course that means that we get used to living comfortable with being uncomfortable. Can we really live that way, abandoned to our own plans, tuned in to His direction? And is it okay with us if He says, “Nope, you can’t move back and you can’t go forward. This is by My design. Wait here until further notice.” ??

In October of 2015 my husband’s co-worker offered my family the use of a nice condominium for a weekend at the beach. It was the first and only time we have been anywhere together (other than a hospital) in 8 years. Carson did not feel well, but he was able to walk around outside a little with us, and we were grateful.

On Saturday we walked on the boardwalk by the Atlantic and came upon some pretty kites. I was strangely drawn to them. I could see them in the distance and wanted to get closer. 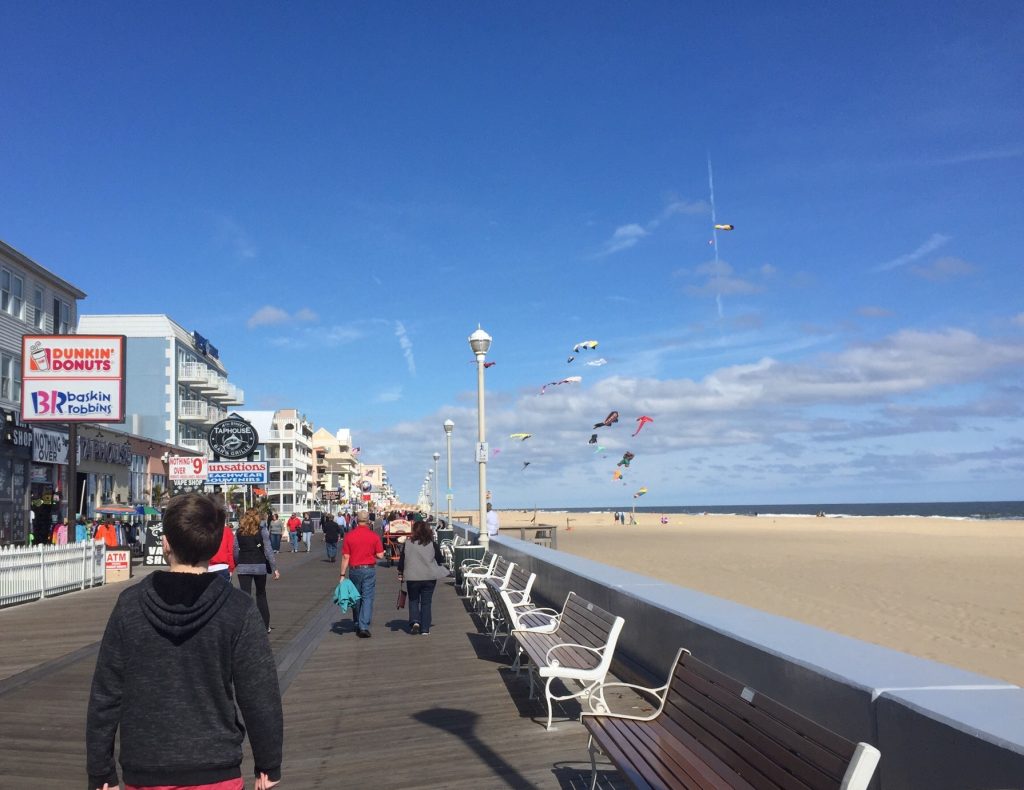 As we did, we found that it was actually several of them tied together — the colors and the movement were so pretty. For weeks after that day I kept looking at the pictures. There was something about them…. I’ve never cared particularly about kites before, but they seemed important somehow. 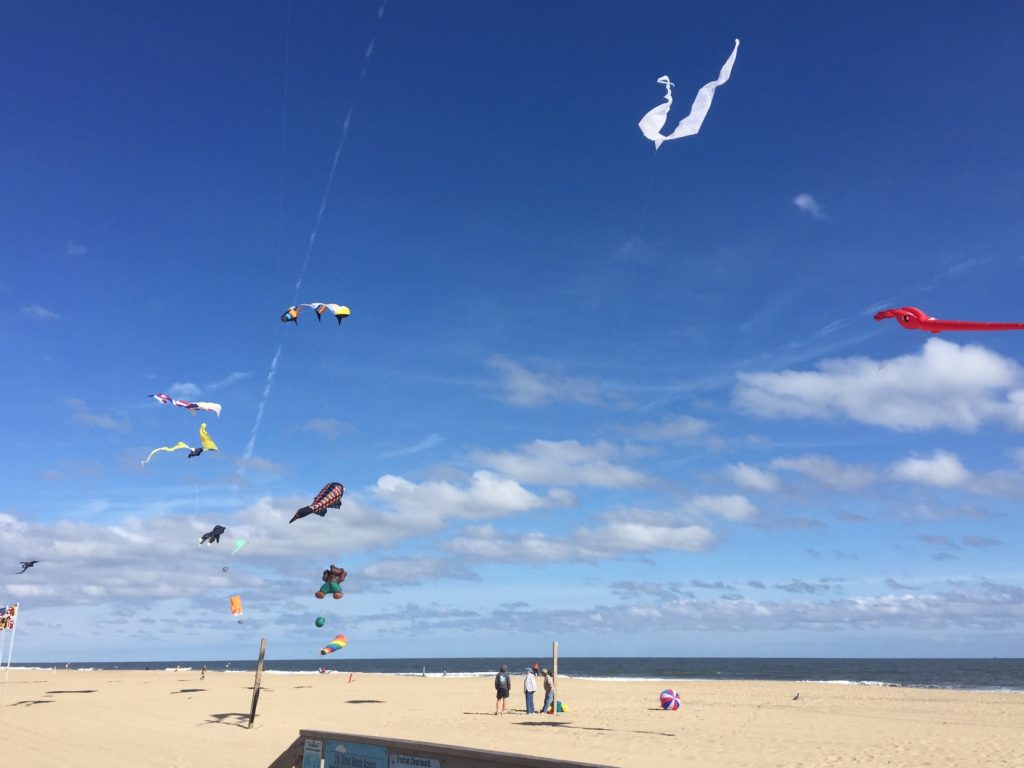 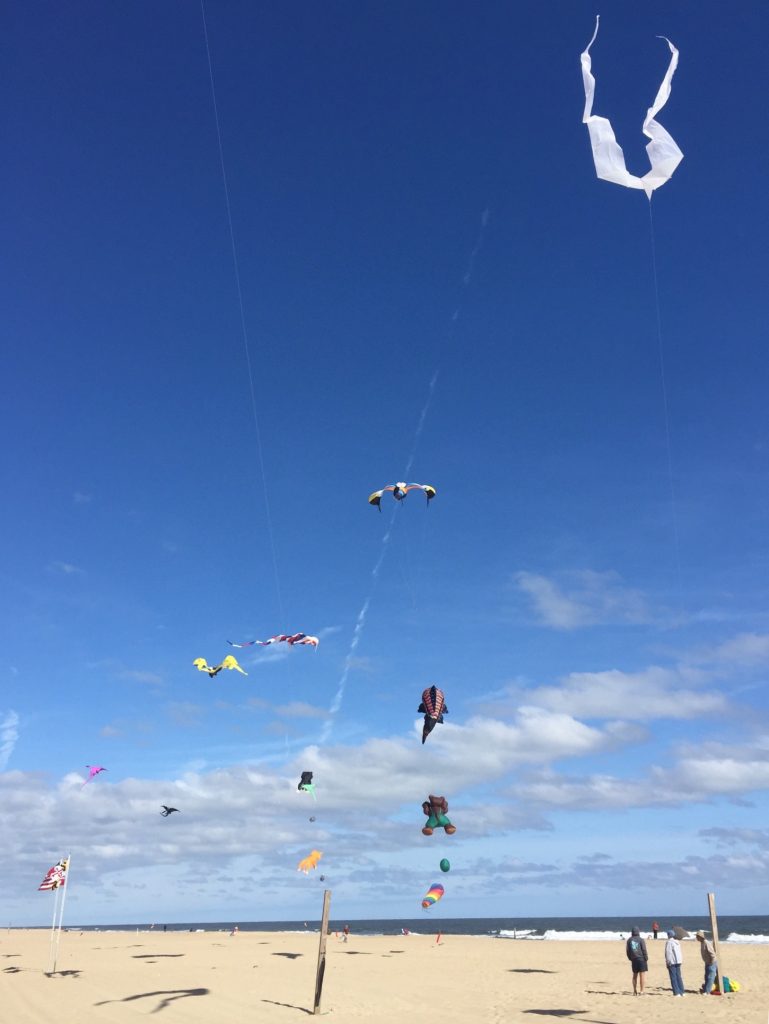 After this my friend Melody told me something that God had spoken to her for me. She has an amazing gift where God speaks to her in metaphoric pictures representing something that is happening in the spiritual life of the person. She lives on the other side of the country and didn’t know anything about my daily life. This is what she said:

“I am seeing a kite, lightweight, almost sheer, white, translucent. You can see the frame through it, flying through the air. It’s this very lightweight element pushing against the wind, because the wind is carrying it so powerfully. And I sense that you ARE the kite, that you are so powered by the breath and the wind of God, this is something that is so well constructed, that no matter how much wind carries it, it will not break or split the frame. It’s like titanium, it’s so well constructed. And the wind is blowing and catching it, and you are holding on for dear life because this strong wind is carrying this kite higher and higher. It’s going higher into the air where a kite could not go, it’s going into the atmosphere. This thing is carried so powerfully, it just continues to rise.”

I will be honest. I love this metaphoric picture, but NOTHING in my actual life resembles anything as limitless and free as this. I am limited in every physical way — bound by grief only God can heal, house-bound caring for my son, chronically sleep deprived, chained financially by piles of medical debt. At this moment I am living in the hospital with him yet again as the nurses watch him carefully, treating him for a serious, painful, hospital- acquired infection he’s enduring for the third time.

Her words weren’t about my outward condition, though.

The picture of the kite is about the spiritual existence that is possible if we let go and allow Him to be the Breath, the Power, the Decision Maker, the Director of our lives. Maybe there will be sudden unexpected soars and dips, maybe we will not be comfortable. But maybe we can go places that are higher than a kite could go, if we just didn’t limit ourselves by only letting the string out so far, staying close to the ground where we feel safe.

I don’t know about you, but I am tired of predictability and limits. I am eager for my son to have his health back, but I will never go back to a life that is reduced to one I can live in my own efforts.

Control is an illusion. Whatever you think you have control of is simply untrue.

I hope that you will come with me, choosing to live comfortable with being uncomfortable, being powered by the Breath and Wind of the Spirit, watching constantly the Cloud and Fire to see what comes next.

It’s actually the most freeing way to live.

Wow! I’m excited to see what God is gong to do !

Ok Brynn no words just Tears.. Thank you for sharing your heart.i love you

Bryn,
Your words inspire me daily. I read and reread these posts hoping to learn something new about myself and the love He has for me that I didn’t realize before. No one should have to go through what Carson and you are, but please know that your journey is inspiring others to seek with a hunger what has been revealed to you. You’ve been an integral part of my journey since attending a bible study at your home so many years ago.
Keep touching lives with your beautiful heart! And Carson – God has something huge in store for you! Your story will change lives!

That is powerful Bryn. May God Bless and keep Carson and your family in his gentle care.
Our love and prayers are with you. Thresia, Paul, Nicholas and Julianna

Thank you for sharing.The pictures with the kites and blue skies are glorious. Your story is helping others. Continuing to bring Carson and all of your Family to the Throne of Grace.

You have no idea how much I needed this today. Thanks for sharing.
I think I told you before but every morning when I see your dad-in-law I pray for all of you.

Thank you once again Bryn, for being obedient to share the wisdom God has given you, to allow him to use your suffering to help us live his way. Timely indeed.

Bryn, Beautifully written. I am overwhelmed.