Sleeping in the Rage 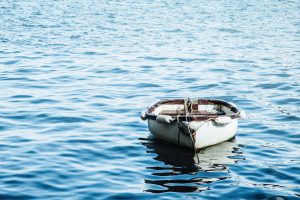 I prayed, expecting something to happen.

I put myself out there for the 2264th time. I stood in faith, made declarations, clutched my Scriptures.

God didn’t come through. At least not the way I hoped He would. Yet I knew He wanted my expectation, which seems cruel.

I mean, what kind of father allows his children to count on him without reservation, fully expecting to see him help them, do what he says he will do … when he actually has no intention of coming through for them the way they are hoping for?

We would all answer that and say: a deadbeat father, an uncaring one, un-involved or too-busy-to-notice, or maybe one that is self absorbed, harsh.

Yet as we ponder our disappointment, our Father actually considers this a win, because He is none of those things. He is the complete opposite.

His goal never was our preconceived, outcome. His goal was that we would, every minute of every day learn to live in expectation of Him.

But how do we do that if He actually doesn’t seem to ever come through the way we hope He will?

The answer, my friends is the real crux of the matter. We aren’t wired to live double minded (James 1:6,7), tossed around in a cycle that looks like this:

No, we were meant to go through that enough times until the cycle stops, the tossing stops, and what’s left is a version of you that is strong, believing without wavering. In a life that looks more like this:

The process of the tossing and being thrown by the waves is how we get to the serene, sure place. I’m not sure why or how it happens that way; it seems counterintuitive to our logical reasoning. I’m pretty sure no one arrives at the calm place without going through the violent tossing for a while first.

Maybe it’s possible to hurry along the tossing process … if you’re a fast-learner or are quicker to abandon control issues. But for most of us it takes as long as it takes.

Then one day you find yourself more like Jesus, peacefully sleeping in the middle of the raging sea. Frantic people wake you up because they are freaking out and you respond, “Whoa, guys, what are you so scared of? What made you fall back into roller coaster living when you were previously at peace?” (Mark 4:40, sort of)

I say all this because last week my husband and I were chatting with someone who is enduring a trial in life. One that is frustrating and all-consuming. He can’t see the way out yet.

Granted, for most it would be a difficult situation. But the seeming magnitude of his “trial” was not something that would ever rattle us. Sure, maybe it would have years ago, but now, no. Like not even close. We would never lose sleep over something so trivial. And the tendency to slip into jealousy or offense has long been worked out of us, so we encouraged this person as best we could, recognizing that we are all on a journey. We drove away from that meeting saying to each other, “I wish that was all we had to be concerned about! Whew, life would be so easy. He doesn’t know how good he has it.” And it’s okay because we love this person.

But then we agreed that in a weird way, where we are now is pretty exciting. Albeit our physical life is restricted and I cry every day and our son continually suffers horrendously. But not much has the power to rattle us due to the hope within.

It came by way of having unmet expectations over and over again. It wasn’t fun, it was horrible. We didn’t know this was the path to the more exciting place where we exist now.

We’ve learned to sleep in the violent RAGE. And we have the foresight to know that someday when the RAGE ends, the ability to peacefully sleep remains. The lessons are learned. The control issues are long gone, never to return.

The enemy lost more than he thought. That’s exciting.

I really love the reminder that we aren’t wired to live double minded from James 1! I believe there are more of us than would like to admit that are being tossed around in that cycle! Most of all, what spoke to me was the fact that you can actually say with a God confidence that where you are now is pretty exciting! What a testimony you continue to be! I want to live like that.

Thank you Ann. In full disclosure I don’t always feel so confident. ????

Specialized warriors are not built quickly, instead are trained and tested, trained and tested, then trained and tested some more! The process IS (not can be) excruciating! But what comes from it is a warrior that will stand the tests of fierce battle with unwavering strength and focus. God trains up those “special warriors” using difficult personal trials so that when needed they are ready to take on the trials of other people, other people groups and even NATIONS! This is what your family is being positioned for! I had the distinct pleasure of having two of your three AMAZING children with us at CreationFest this year and even though my dear friend Carson was not able to be there, EACH of the three were continuing in their training that WILL ONE DAY help to reach the entire world. Thank you Father for your specialized warriors!

Hi Bryn, would you consider talking about this on Wednesday’s Radio Show? The Collision of Faith and Politics 5-7pm.

Thanks Bryn
Reading your posts helps me bear the pain of watching my precious wife suffer for the past couple of years with symptoms similar to your poor son.
I’m sure that MOTHERS hurt more than most husbands,but I sure do feel your pain
GOD BLESS YOU

I love your shared treasures of wisdom Brynn.