The Fight to Believe 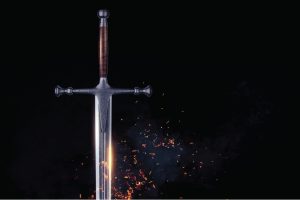 People often say to me they don’t know “how I am so strong” after all the difficulties that our family has endured the last seven years.

I’m not strong… I have simply chosen to believe. My strength is only in faith.

In the beginning of Carson’s illness, the only thing God said to me was this:

Carson will not always be sick, and this will be a fight. You are not to believe what the doctors say.

I had no idea what that meant, and figured in a couple months this would all be behind us. I also had no idea what I was really fighting. For the first two years I thought I was fighting doctors, diagnoses or ideals. It wasn’t that the doctors were wrong or incorrect in their diagnoses, it was that I was not supposed to believe (or let Carson believe either) that he was condemned to live forever in the life-long prison of “incurables.”

Turns out, I was actually fighting Satan and my fight would be with faith. By the time I started to understand this in early 2014, we were exhausted and traumatized, buried in medical debt, relationally dysfunctional and mostly isolated from society because of the length of time it had been and the constant emergency situation we were living.

Fast forward to a year later, I was having a rare moment in prayer where I let myself actually think for a minute what it would be like when God’s promise came true… specifically what Carson’s existence would be like. Suddenly the Lord said, “Like it Never Even Happened.”

God is funny sometimes. Instantly my mind flashed to the ServPro commercials where they clean up and reverse the disaster before the homeowners even know the problem exists. He was telling me that Carson’s healing will be complete and total with no lingering effects.

In November of 2015, God spoke again, giving me His intent for my family. This is what He said:

I am waving my red banner of victory and power of the blood over you and your family, what My Son’s blood has accomplished for you on the cross. I have accomplished healing of every area, not just the physical, not just for your son, but for inner healing of trauma, deep weariness and disappointment. 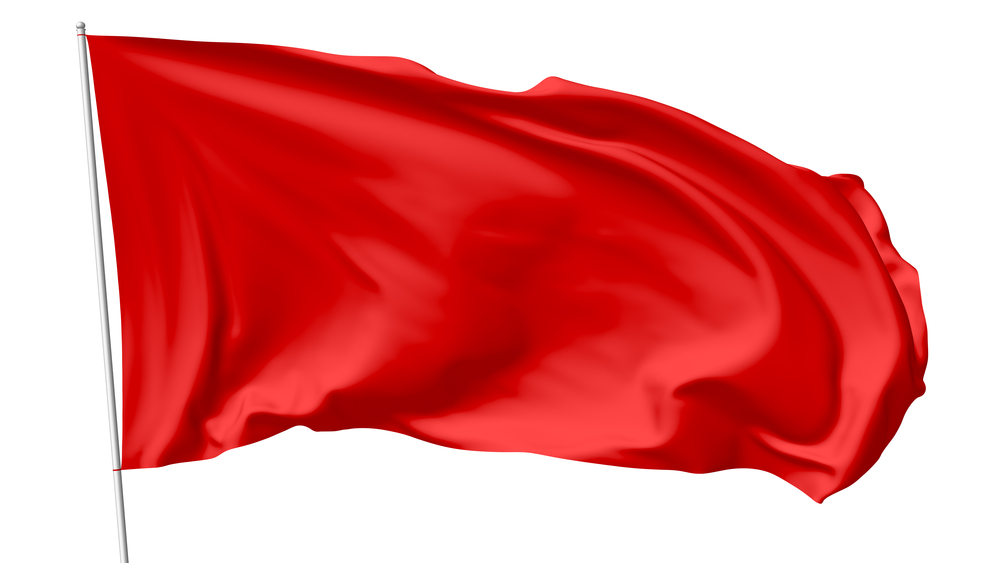 You have raised a banner for those who fear You — a rallying point in the face of attack. (Ps 60:4)

You have to understand, at that point I had watched Carson nearly die an excruciating death only to slowly pull out of it and settle in a constant-suffering quality of life. All I wanted was for his physical suffering to end. I couldn’t see anything else. But these words from God gave me the strength to believe. I needed it because a few months later, we endured another long hospital stay where once again his condition was bleak. As he received blood transfusions and maximum opiates around the clock, all I could do was cling to what God had said.

Eight months after God spoke that to us, He confirmed it again in a completely different circumstance than the first time:

He has told us other things since then. My point today is that my fight has been to believe without seeing the complete fruition, although He has been allowing me to see parts.

This belief carried us last year when Carson’s twin, Cole also became suddenly ill, hospitalized twice and diagnosed with the same illness. The promise already included Cole too; we chose to stand on that even as we felt blindsided at his diagnosis.

God has been doing what He said he would do… albeit not in the order or at the speed I would prefer. In the last two years, our family and marriage have been relationally restored. I cried every day for six straight years. . . until few months ago when I stopped crying. While I still have tears every now and then, my deep grief is healed. I am not “stuck” there anymore.

He has also healed our finances. During the last twelve months we’ve paid off $35,000 of medical debt. Yes, my husband works hard to care for us. But he worked hard all the prior years too and the medical mound of debt kept growing. This has been some kind of “unlocking” by God that is allowing provision to come in, as He does for us what we had been unable to do for ourselves.

For example, we spent 18 months fighting a hospital bill for ONE of the twenty-five hospital stays that totaled $573,000. A strange series of clerical errors caused the hospital to deem that we didn’t have health insurance during that time period. We were just about to retain a lawyer for our case when the bill was recently and abruptly cleared and the heavy oppression of it hanging over us dissolved.

You see, the fight to believe is an inside job.

Breakthrough and healing happen on the inside first. It’s in the hidden places, the private conversations with God, the quiet tough choices of resolve. The world doesn’t see this part of the journey… it’s lonely but extremely important.

During this inside work, decisions are made in the Spirit realm, God’s plans are learned and our agreement to His plan is chosen. All this occurs before we ever see a manifestation of the breakthrough in the natural realm. I’m sure Noah and Daniel (from the Bible) learned this as they made choices before the evidence of the inward victory was seen on the outside.

Everything that’s happened in the last seven years was meant to destroy us. Instead we learned to trust and believe, and in doing that we fought back. At first I learned to cling quietly, desperately to His promises by a thread in whispers. Over time it became my full voice as we learned to walk in the authority of what He said. Instead of staying bruised, bloodied and curled up in a ball we morphed into an offensive position wearing full body armor and wielding weapons. 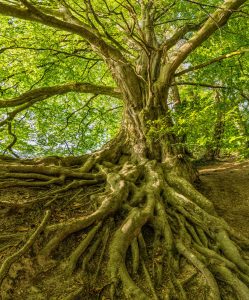 We grew stronger day by day, hour by hour through tears when no one else saw us. Our roots grew deep, being strengthened by LIFE when we could only SEE barrenness and death.

I understand this doesn’t make sense, because our physical situation has not changed. On the outside we are still chained by medications, doctors, pain, IV’s, nausea and more.

However, we live in full conviction that strength and might are our reality. All we are waiting for is the completion of the healing that is coming, that is promised.

If you have a promise from God, the fight is to believe when you can’t see. Now is not the time to give up. It’s choosing faith over and over again in the middle of agony. Faith is what makes us powerful in the Kingdom. We learn to make every decision based on only what God says, not by logical evaluation.

When God promises something, there may be a long gap of time before the promise is seen. Most people don’t endure, don’t make it to the end, and some never enter the fight.

As I hook up Carson’s IV nutrition every night and dole out medications, I am standing with you.

Take no rest, all you who pray to the Lord. Give the Lord no rest until he completes his work…(Is 62: 6-7 NLT)

Lord, never forget the promises you’ve made to me, for they are my hope and confidence. In all of my affliction I find great comfort in your promises, for they have kept me alive! (Ps 119:49-50 TPT)

More on this theme ———> see More Than We Knew We Wanted

Thank you for sharing such a powerful and personal testimony of God’s provision and healing for your entire family!! Your story helps me and others to focus on God and His promises to us! I truly needed this Word! Much love and prayers! God bless!!

Such an important word for ALL to read!! That old song “Faith is the Victory” was going thru my mind this morning and what you wrote is a real- life example of that very concept. Thank you for letting God pour out of you such an encouraging and challenging word. Love you Bryn!

Your whole family is amazing
LORD JESUS BLESS YOU ALL

I appreciate your declaration of faith in God’s healing promises. A believer’s baptism is a public declaration of faith that should never waiver but once out of the water, Satan is ready to have us relinquish the work of the Holy Spirit. I have heard the popular phrase, “Lord willing” used too many times as a substitute of faith.
Keep your Declaration of Dependence on God’s truths moving forward.

Love it! Such a powerful word!

God has given you the gift of sharing the painful process of how He leads His children down into the deep, dark, dry valleys that only He can lead us back out of, and in such an eloquent way.”All are called; few are chosen”. He has chosen you and your family to walk through the depths of darkness you all have tread these past few years.
Many are not willing to allow Him to, hence tgey walk away.
He is and will use all of you in a great way for His great and mighty purposes Brynn. You all will reign and rule with Him in heaven as you are doing down here on Earth. Thank you for sharing the pain, confusion, anquish,and heartbreak. Especially the hope and light that He has given you in the process So many out there hurt and dont know the way through.
He is and will continue to use your precious family in such a great way. You are so dear to Him!!!
Thank you Brynn !!!!!

Powerful testimony, Bryn. Keep speaking those things that are not as if they are. It’s is God’s way of creating – speaking and we are made in His image – it’s our way of creating. So continue to speak wholeness into your bodies, souls and spirits – God wants all of them to prosper. Praise His Holy Name! You are already walking in the victory in the Spirit-realm.