When a Hard Road Gets Harder 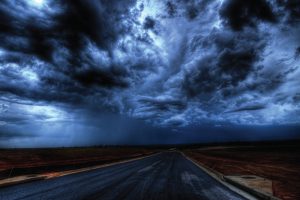 Disclaimer: I didn’t want to write this. I wanted to stay quiet and deal with life. I don’t write for sympathy… I write out of obedience, because God wants the story documented before such a time as He brings the victory.

A few months ago I told you about the cause of Carson’s illness. You can catch up with that here if you missed it >> What’s Really Going on Here?

The Quick Version: Six and a half years ago, the enemy of God violently attacked my son and our family. I’m not in a mood today to soften words or make anything sound better than it is.

God has repeatedly told us that Carson will be completely healed. He never let me accept even one of his seventeen diagnoses. I’m sure some family and friends think I am in some sort of denial. If that’s you, it’s okay, I love you anyway.

Over the years I’ve had to protect my heart and that promise from all kinds of well-intentioned people that didn’t understand the scope of the situation. One of them was a pastor friend who came to us in sincerity a couple years ago, believing that we needed to accept the diagnoses and stop fighting them. His own child had been given a diagnosis and he had been through a process of acceptance, which brought him a measure of peace – the same peace he wanted us to have. The problem was that what he thought we should do was in direct opposition to what God wanted us to do.

Side Note: When God gives you a promise, you might have to hold onto it alone.

Currently, Carson spends every day in bed with pain, and is dependent on IV nutrition. But today he isn’t the subject matter.

The attacks on Cole’s life over these years were way more hidden, more sneaky, not as obvious as the physical assault on Carson’s life. Over the last year, God has revealed these hidden places where he had been taken captive in his heart and mind. One by one, he’s shed them off his very being. He has emerged as a spiritual warrior and a counselor to his friends. Often he is awake at 1:00am talking with a friend on the phone, bringing them to Jesus, helping them overcome anxieties or fears, wanting them to be free from their personal chains.

Once a couple of weeks ago he asked if he could borrow the car — He said God was telling him to go pray for a new friend and her mother. Of course I let him use the car!

Last week he came home telling me how he sat down two of his more cynical friends to talk to them about Jesus.

Side Note 2: When you start bringing people to Jesus and helping them dismantle strongholds in their lives, you will become a target. The devil does not like losing ground with people.

Four months ago Cole called me from work in sudden searing pain. By the time he arrived at home, he began to spike a high fever. This was abnormal. Something was wrong. Initially I suspected it might be appendicitis.

We drove to the ER of the hospital where he was born. I didn’t know what was coming. After a few tests and a CT scan, a doctor came at 2:00 AM to tell us what they found from the test results. I was not prepared for what He said:

“Cole has an area of intestinal inflammation that is consistent with Crohn’s Disease.”

Prior to that moment I was in a good spiritual place. I didn’t think much could rattle me, not after all we had been through. Here’s the thing to remember: our enemy knows exactly what he is doing, and he will not relent, especially if you are a threat. He knew the one thing that would be a blow to me was one of my other kids being diagnosed with digestive illness.

It reminds me of a quote from the recently released movie, Wonder Woman. In the beginning of the movie, Diana’s Amazon warrior aunt is training her to fight. She pushes Diana to the brink of her capability, knowing that the coming fight of her life – the one she was born for – will require her utmost concentration and ability. At one point during the grueling process she yells, “Diana, never let your guard down! You expect the fight to be fair! The fight will never be fair!”

The battles we fight will never be fair. In that moment, while I reacted calmly on the outside, the breath was sucked out of me. I stepped out of the room for a few minutes, stumbling and gasping for air. Cole had watched his brother suffer intensely for six years. Those six years flashed before our eyes as her words hit us hard. After we gathered ourselves, Cole and I made some serious choices.

Side Note 3: It is possible to live a physical reality while putting more weight on the spiritual reality that you can’t see. It feels a bit weird. At times you feel divided within yourself or in-authentic. You can discuss medications and plans of care while being in complete disagreement in your spirit that a diagnosis is part of your identity just because a doctor says it is.

I will admit, it hasn’t been easy. In the last two weeks, Carson was hospitalized with Sepsis, a serious blood infection for several days. We came home, then rushed Cole to a different hospital 24 hours later with more intestinal complications.

I stayed with Carson to administer antibiotics through IV every six hours, while Jeff left his job for days to stay in the hospital with Cole. This is our hard reality.

You need to know that when prolonged suffering happens, Jesus never abandons. Our family is in the middle of a battle, one that will be won. We’ve known it for years. The outcome is sure. There will be healing and vindication.

I don’t know when or how, but I hope you will stay close by for the rest of the story.

God Bless Bryn, we will keep you all in our prayers. What an incredible road that has made your faith so strong. I can’t imagine. I know I haven’t been that close to all of this but good for you not accepting what the doctors say. They are not in control and neither are we, only God knows the plan. May God Bless and keep you and your family in his gentle care. May the love of friends warm your heart. Love, Thresia

Praying for your boys.

My prayers for healing, strength and comfort remain with you and your beautiful family.

Inspirational! Mine is a different circumstance (job loss) but to see your faith and know that God is able is encouraging! I haven’t lost hope that God knows and is in control but thanks for your story. You and yours are in my prayers!

Brother Yun was in prison for the third time. This time he was physically and spiritually crushed. Guards crushed both legs and he believed he would never walk again. God told him, your prison is real, your pain is real, but I have overcome. Stand up and walk out of prison. He couldn’t fathom what he was hearing. So God sent a vision of his wife on the other side of the prison bars to talk to him and tell him to get up and go. He walked out of prison. He saw a vision of this miracle 13 years prior to the day of release.
Your prison is real. We are praying for your entire family’s release. This war is being fought by those near and far. We believe.

Standing with you, Bryn, as we pray and believe for complete healing and restoration for both boys. <3 The enemy's certainly shown his hand, he's desperate! He knows he's already lost. We are speaking out "double for your trouble" and for peace to fill your house and your family. Love you!

In homeschooling, we’ve been reading about William Wilberforce, abolitionist from England who fought both Parliament and our adversary for over 20 years to pass the Abolition of the Slave Trade Act and another 25 year before slaves were legally freed in Britain. Through this time he suffered a similar physical battle as Carson and Cole. With great adversity comes great strength when the battle is given to the Lord. Psalm 60:11-12 “Give us help from trouble: for vain is the help of man. Through God we shall do valiantly: for he it is that shall tread down our enemies” Continuing to pray for God’s wisdom and power for all of you. Side note: As a mom, I know you extensively research, so here’s an article I found very helpful: https://draxe.com/4-steps-to-heal-leaky-gut-and-autoimmune-disease/

Praying in one accord agreeing victory in Jesus !!❤️

Bryn,
I have been praying for Carson and now I will have to add Cole. I will also add Lacy just to be thorough.. It is so hard when we are living in this world not to believe that what we experience with our senses is truth. But we are so wrong. The world’s truth and God’s are diametrically opposed. God says His grace is sufficient but we say no, but You owe us…if You’re really God why is this happening to me?
I can’t even imagine what you’re going through,I have not walked in your shoes. But I do know that if God has asked you to walk it there is a very good reason for it. Look at the fruit already. Some day the Sellers will stand before God and will hear “well done my good and faithful servants…” and I can’t think of anything I would rather hear from my heavenly father. May God bless all of you and continue to give you the strength you need to go through this. I know He will do that! God is good!!

Bryan,
I pray God will strengthen you and Jeff as you battle the enemy. May God show you a glimpse of Himself. To sustain you.
Laura

I pray for your family daily. We tend to forget sometimes that there IS a spiritual warfare raging all around us. We have to continue to trust God – because at the end of it all, HE will win. I will continue to pray for all of you. Because it affects each one in your dear family. Just remember, even though there is spiritual warfare going on all around you, HE has his arms around each one of you.

Sending prayers for healing, peace, and comfort. You’re fighting the good fight and standing strong against the enemy’s attacks. God is with you mighty Warriors. Blessings!

We love all of you. Praying for your every need. The pictures of your family are wonderful.Thanks for the update. In Christ Alone!