When Food is the Enemy 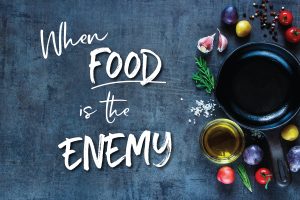 My name is Bryn and I hate grocery shopping.

And cooking. Also planning food, worrying about food, providing food for gatherings, reading recipes about food, being responsible for food.

This is a dilemma, because unfortunately the need for eating food comes with alarming regularity, both for myself and the other people in my house.

It was always this way, but not nearly this bad.

I come from a line of non-lovers of cooking, including my mother and her mother before her. I wish I liked it, I really do. In recent years, however there are sad and painful reasons that food has become The Enemy.

Years ago when my kids were in elementary school, I packed their lunch for them to eat every day at school. Three lunches including three sandwiches, three snacks, three fruits, three baggies of whatever-elses, every day, day after day, year after year. I don’t know why, but it was my most dreaded task of motherhood. Every evening I would begrudgingly do it because I was the mom and well, I love my kids. (Plus look how cute they were.) ⬇ 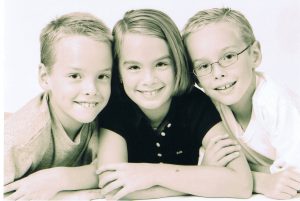 If only I had known then what I know now. I didn’t know it was the most glorious privilege in the world to be able to prepare food … until I couldn’t anymore. Until my son’s body turned against all foods and there was nothing I could do to nourish him, although I nearly killed myself trying. (If you are unfamiliar with our son’s health battle, you can read that here.)

I didn’t know this was a thing that could happen in America … that a child could starve for years and no one including the best doctors could change it.
That he would have to be fed the most elemental bits of baby formula through a feeding tube to live until his body would turn against even baby formulas.
That he would stop growing because his body could barely survive.
That he would be reduced to receiving nutrients through daily IV.

Now I would give anything to pack a lunch for him to eat and thrive in his day.

You see, our family goals are kind of small. Most families want to take a vacation, excel in sports or school, make memories. Our family has a dream of being able to eat a meal together since we haven’t in 6 years.

Still, he has somehow kept a sense of humor. I ask him every day what he would like to eat (as if he has choices). He has sarcastically renamed certain food items.

There is one flavor of Larabars he can tolerate. He calls them Sorrowbars.

A bowl of bland chicken soup with a piece of pita bread is now called a Bowl of Depression with a Side of Bleakness.

Me: Hey bud, what can I get you? A turkey sandwich?
Carson: (rolls eyes) Sure mom. I’ll take a Boredom and Despair Sandwich with a side of Disappointment, please.

Yes, I want to laugh and cry at the same time.
Adding to all this, food intolerances have developed for my husband to the point it’s 100% impossible for me to cook something that we can all eat, and 95% impossible for me to cook something that even the rest of us can eat without Carson. Thankfully, everyone has become fairly good at fending for themselves, because I’ve mostly quit trying.

There are many families living with this kind of situation, and my heart goes out to you.

I don’t think of these challenges only in the physical sense. I think of it as a special kind of evil that we battle. While it feels like food is the enemy, make no mistake about it — food is not the real enemy. The attack is designed to make us think that.

All of life, all celebrations, all holidays, all interactions with others center around food. When food is taken away, much more enjoyment of life is lost than you might think.

My husband sometimes watches the Food Network. Not me.

With its absurd challenges (“Your challenge is to make dinner in 15 minutes using a slab of prime rib, a jar of marshmallow fluff and a packet of instant oatmeal.” Come on.) and its ruthless judges, just the thought alone produces anxiety enough for me to break out in hives.

That’s why it surprised me one night over two years ago when I had a dream. It was the only dream I’ve ever had that I knew was from God. The colors, layers and emotions were distinct and vivid, unlike my usual weird fragmented dreams.

I was COMPETING in a national cooking contest in a large city convention hall. I was working hard under pressure to come up with 6 different delicious and appealing entrées that I would be judged on. I wasn’t nervous, but more confident and eager.

One of the entrees was a type of breaded fish that I put into a delicious sandwich with a big fluffy roll. The judge was Alex Guarnaschelli from the show Chopped. Wearing my white chef coat, I brought a large tray in through crowds of people, ready to be judged. I had the strong sense that I was a REAL CONTENDER.

That’s when I woke up, dumbfounded. Huh? What was that about?
Then I heard His voice:

Someday, you will do things you never thought possible.

Isn’t it like God, to use something so simple to communicate something to us. Using the LAST THING ON EARTH I would ever do to make a point with me.

I believe our God does and will do impossible things. Because He has promised us over and over again, I know that someday my family WILL EAT together. Aside from that, my agenda is whatever His agenda is for me.

(I do hope though, that it won’t actually involve a cooking competition.)

I love getting your emails. Don’t ever stop sending them. You are in my prayers.

Come on! I’ll be cheering for you as you cook! 😀

Love it, and it still make me teary eyed. 🙂

What is your favorite food to have served to you, Bryn? Please kiss Carson right on the forehead for me. Love to Jeff, Lacey and Cole.

Me? I’m happy with anything I don’t have to cook. Lol

I want to write something nice, but I don’t know what to say, so I’ll just say hi Bryn
And GOD BLESS YOU ALL

Oh my gosh Bryn I use to love to cook & try different receipts for yrs & yrs but now I hate cooking & spending all that time in the kitchen, much to my husbands dismay, who loves food & loves to eat. Now I can hardly eat anything & what is worse is when my poor husband ventures into the kitchen to make something for himself, I get sick to the stomach just from the smell. If he could just live on cold cereal for his 3 meals a day, that would be just fine by me. My heart truly goes out to Carson having to live like this for over 6 yrs. it has been over a yr for me & my staples our club crackers, popcorn & soup sometimes. It certainly isn’t a fun way to go through life & God Bless Carson that he still has a sense of humor through all this because I sure am not handeling it very gracefully. I sure do pray for this dear young man & how much of his life he is missing breaks my heart. May our Heavenly Father bring a real miracle to Carson soon! God Bless you all! ❤️

Manetta, I’m so sorry that you are walking this road too. We pray for you often. ❤️

I love your blogs, Bryn. It helps me to understand what you and your family are going through. It also helps me to know how to pray for you. Don’t stop! Lots if love. Sharon

Hi Bryn, love reading your post. You’re an amazing writer and your story helps me to appreciate all things in life. I continue to pray for a miracle for Carson and strength for your precious family. Know your in my thoughts and prayers often. Hugs