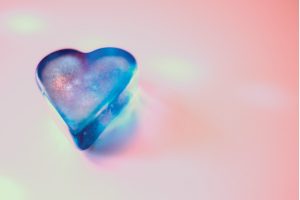 Today I am up to my eyeballs in discussions with doctors about psychological professionals. Carson is sleeping right now and doesn’t know that I just saved him from yet another visit from a hospital psychologist. To her credit, the woman who came to see him this morning was kind-hearted and approachable …. still I turned her away because I know Carson would be annoyed.

If you are close to our family, you know that this subject creates angst in Carson and has become somewhat of a family joke.

It all started here six years ago during our very first long hospital stay. Carson, at age 13, came close to leaving this earth… he had endured weeks of pain, blood loss and several organs beginning to fail. Slowly his condition started to improve in small increments. (If you are unfamiliar with our son’s long health battle, you can read more about it here.)

Living in the children’s hospital is physically and mentally taxing. As a parent with a very sick child, you have to exist in a mode of operation where you separate yourself from emotional connection with your child to converse with doctors. If you appear too emotionally unstable, they will speak to you differently than if you can maintain an objective view and converse in their language, which is logic. There are some wonderful doctors and nurses here and others we would not choose to have interaction with. There is a constant forcing of yourself to get into their “world” and think of your child as a patient instead of a person you would gladly give your life for. It is very difficult to constantly train your brain to operate in this, the middle of two different realities. Still, I understand that for doctors it is necessary to make decisions not based on emotion and I know they are doing what they think is best for my son.

After several weeks, the doctors came to me and expressed a concern that Carson was “down.” He generally did not like to talk to the doctors and did not seem to be bouncing back in mood like they thought he should. I tried to process this. I thought to to myself: He has lost his entire life. He has been confined to bed for a year. He is attached to an IV pole that he has to drag everywhere he goes. He is in severe pain and trapped in his body. He feels awful! Of course he is down!

But there are many things I cannot say out loud, or it will not be beneficial for me in this environment. They believed he should talk with some of the hospital psychologists to help him “manage his emotional state.” Inside I knew this would not go well, but I felt pressure from the doctors to allow it to happen.

A psychologist was scheduled to visit and evaluate him while I was not in the room. Her plan was to give Carson “techniques for coping with his disease activity.”

But Carson was way ahead of them. He had already been living with his condition so long that he had developed and mastered his own mechanisms and distraction techniques for coping with his difficult daily life.

When the appointment was over, I returned to a very exasperated boy rolling his eyes. “Mom, she made this acronym on the white board and asked me all these really dumb questions about how I feel about my pain. She didn’t even spell the disease name right!”

After a couple of other sessions with psychological professionals that were equally unhelpful, I finally felt empowered to refuse them any further visitations.

Over the last six years, we’ve had at least sixteen more hospitalizations. Every time Carson has had the same prerequisite, “I am only going under one condition mom. No psych people.” I’ve had to agree to this every time before he would get in the car. Thankfully, now that he is 18, he can refuse them for himself.

Now PLEASE, before I go any further, I am NOT AGAINST psychologists, especially if they are gifted to care for people under the direction of the Holy Spirit. My own daughter is a Psychology major. She hopes to help others someday, maybe even young girls in some type of ministry or mentoring organization. Her classes have given her understanding behind the behaviors of people and the mechanisms of the brain, but it’s her knowledge of the Bible and her relationship with the Spirit that will give her the ability to help others with what she is learning.

My point today is that Jesus knows what you need. He can be your counselor if you allow Him to be. It is one of His names after all in Isaiah 9:6: Wonderful Counselor.

It may not be easy. It might be uncomfortable, messy even. There is no other way. For the soul to be free, that pain must be faced with Him. Often He will gently bring up things you didn’t know were inside…wrong patterns of thinking, heart motivations and false pretenses we hide behind. It’s a process. A process from bondage to freedom.

What the doctors here in the hospital don’t know is that my son is more spiritually free than they are. Since they focus on only what they see and what can be scientifically evaluated, they aren’t fully informed about his condition. They don’t see him praying for the other kids in the unit as he walks by their rooms every night at 1:00 AM or see him worshipping God quietly while waiting for the nurse to bring his pain medication.

Secular principles of psychology may be somewhat profitable, but it’s not the lasting complete help that people need if it has no basis in truth. To those who have a close relationship with Jesus, fallen human psychology feels empty and fake. Carson sensed this when he was only 13.

Real hope and freedom will only be found in an intimate relationship with Him, the God who made our bodies, minds and emotions, the One who knows us better than anyone else and loves us unconditionally, before we are free from our junk AND after. When you take those steps toward Him, He may lead you to professional caring help or He may take you on a personal journey Himself.

Just go with whatever He says.

You guide me with your counsel, leading me to a glorious destiny. (Psalms 73:24)

Don’t know what to say Bryn, so I’ll just stay LORD BLESS YOU.
YOU ARE AMAZING

You and Jeff have given your children a solid foundation from which to draw and thankfully they are using that in their lives. Something to be totally grateful for! Prayers are always with Carson, he is a true testament to God’s grace.

Thank you Joe and Manetta, we’ve been praying for you.

Thank you Bryn for writing and sharing,It helps us pray for Carson and the family in a deeper way and you are teaching us many spiritual lessons. You are an amazing writer,gifted by God. Love and prayers continually,

Thank you Sandy for praying.

Thank you Bryn. Only God could turn such pain into blessing. Much love and many prayers.

After this article went out, I received a testimony from a friend, another example of how Jesus will give counsel. She has allowed me to share it here hoping that her experience will help someone else.
“Hi Bryn, thank you for today’s post about counseling. I love your balance. I love it because it comes from God’s Spirit. As I read, I remembered a very painful time in our young marriage when I began again to experience dreams about my mother who went to Heaven when I was 17. They were always dreams that she was not really dead, but that she chose to leave because I was so difficult (which I was). In this particular dream, I found that my mother was not dead but in a mental hospital for all those years and when I wanted to visit her, she did not want to see me. Other times, she would just wave and leave me, walking backwards while saying, “Byeeeee.” I lay awake this particular night with tears spilling from my eyes to my neck, drenching my pillow. I told Jesus that I needed Him to be my Counselor and help me work through whatever was causing these dreams. He said to me, “Your mother loves you; you never offended her. You need to forgive yourself. These dreams are from the enemy to harm you.” I was able to cast down imaginations and every high thing that set itself against the knowledge of God early that morning. I don’t think I ever had another of those condemning dreams. I believe in counseling; I am a counselor; I directed a counseling agency, yet for me to go to a counselor it would have to be the Holy Spirit personally taking me by the hand and introducing me to one of His very wise servants whom He chose for me.”

When my husband (Stephen’s dad)became the church counselor he was asked to get a degree in counseling. After taking one or two courses he knew this would be of no help to him in dealing with people. He knew, as you mentioned, that the Holy Spirit was the one to guide him, not information out of a textbook written by someone who looked at only facts.

Hi Pat, Stephen has talked about your husband and how he had a focus on the Holy Spirit in his ministry. I guess the foundational key is balance. Knowledge is important in any profession, but under the direction of the Spirit it can be applied for the benefit of others. Your husband left a legacy that is still active even today.

Hi Carson, I just want to say that I’m really proud of you for standing up for yourself and letting all these hospital folks know what’s OK with you and what’s just not acceptable. Your family’s done a wonderful job raising you to be such wonderful young man. Hang in there, buddy! 🙂